Virtual Reality in the User Experience

About 13.7 billion years ago, the universe expanded and produced what we know as reality. However, everything we can observe and interact with — whether through our senses or through specific instruments — is only a small part of the universe.

It is estimated that only 5% of the universe consists of the matter that forms stars, galaxies and, consequently, me, you. The other 95% are made up of dark matter and dark energy, concepts that science is still far from able to explain.

From this point of view, the concept of reality expands, like a Big Bang of possibilities. What is reality? Physicist Marcelo Gleiser points out that scientific theories are conceptually temporary and subject to future adjustments and revisions. As humanity expands its knowledge, new ramifications of questioning arise from the answers obtained.

The Greek philosopher Ptolemy proposed, around the year 150 A.D., that the planets revolve in layers of crystalline spheres around the Earth (which, at the time, was considered the center of the universe). Only around the year 1500 A.D. did Copernicus bring fourth the concept of heliocentrism into the functioning of our system — now, a solar system.

In 1687, the great genius of physics Isaac Newton presented the law of Universal Gravitation in his seminal work “Principia”, putting an end to the idea of spherical crystals around us — but nominally recognizing Ptolemy’s theory as his starting point, as inspiration to be improved.

Later, Einstein would update Newton’s concepts, demonstrating the beauty of science as a method of continuous learning, without immutable answers, re-framing our concepts of reality over time. Thus, new concepts, starting from established theories, open up new perspectives on objective reality, expanding our understanding of the universe and how we relate to it.

With all the knowledge accumulated over centuries of history between Ptolemy and Einstein, we are able, currently, to conduct more empirical tests that prove the theories of the past and the present. The theory of relativity, for example, is not only testable — it is applied in a practical way on GPS satellites.

According to Einstein, speed, mass and time are interconnected and are, therefore, relative to the observed object. Therefore, since these satellites are at higher speeds and are farther away from the influence of the curvature of space caused by the Earth than we are, their chronometers are adjusted in a few microseconds so that these differences are compensated. With the microsecond adjustment, chronometers on satellites are in sync with those on Earth. This is both application and proof of the concepts proposed by Einstein.

Before practical applications, it is in the human imagination that the ideas that inspire technological innovations grow. What would the space race be without the rockets previously imagined by Jules Verne in his book “From the Earth to the Moon”? Since there are no limits to the human imagination, new ideas such as String Theory — which predicts a universe with 11 or more dimensions — continue to fuel the wheel of innovation and our ongoing quest for understanding the universe — from the macro to the enigmatic quantum universe.

In 1935, the writer Stanley G. Weinbaum published the short story “Pygmalion’s Spectacles”, in which the main character wore a pair of glasses that produced an interactive story with moving images, taste, sounds and smells. Perhaps inspired by this tale, in the 1950s, Morton Heilig created the Sensorama, the first machine capable of reproducing stereoscopic 3D images accompanied by stereo audio, wind sensations, vibration and even aromas.

The expression “Virtual Reality” (VR), however, is credited to Jaron Lanier, creator of the first company to market glasses and gloves for entertainment. The expression definitively names the association between sensory technological interfaces and simulations of virtual environments. Interestingly, the VPL glasses released in 1987 were called Eye Phone.

Nowadays, we understand the concept of Virtual Reality as the creation of simulated environments, generated by computer systems integrated with perception sensors, which enable reality perceptions that would be impossible or very difficult to obtain in our objective reality.

Currently, several branches of culture are reflecting on the issue of Virtual Reality. In the TV series ‘Upload’, for example, the main character transfers his consciousness to a reality simulation based on Artificial Intelligence and his family members, still in flesh and blood bodies, are able to interact with him through glasses and sensory clothing based on Virtual Reality.

While inventor Ray Kurzweill is enthusiastic about the concept explored in the series, transferring consciousness to a virtual environment in a matter of a few years, philosopher Yuval Harari believes that we are very far from this. Harari offers the possibility that systems with Artificial Intelligence are continuously improved to perform specific tasks — as in the case of apps such as Waze, which suggest better routes based on algorithms, for example.

However, Harari warns that we are still very far from producing an artificial consciousness capable of questioning and reflecting about its role in the world — a characteristic still unique to the complex and still little studied human brain. The physicist Gleiser also points out that consciousness is very linked to all systems of our body and, therefore, Virtual Realities and Intelligences are far short of human capabilities.

Thus, the concept of other virtual realities has been the basis of many works of fiction for quite some time. Many of these works explore new concepts, taking them to new places and futures. At the same time, the different conceptions of reality continue to evolve and, along with new technologies, begin to materialize and enable experiences with virtual realities. Thus, Virtual Reality — as a technology born, like so many others, from the intersection of Science and fiction — begins to be explored in its practical applications.

Virtual Reality in use

Since Morton Heilig and his Sensorama, several institutions and companies use Virtual Reality both for technical training and for the entertainment market. It is common to associate this technology with the world of gaming, in which one can experience environments with virtual realities in a playful and safe way. However, it has always been applied more to the professional market than to the entertainment industry.

One of the first sectors to use Virtual Reality was aviation. Simulations with goggles and gloves with sensors help in pilot training, drastically reducing costs related to the old flight simulators that used screens in cabins with instruments built with physical materials.

The automotive industry has used virtual environments in the product design stage. In this stage, through 3D glasses combined with screen projection and the use of joysticks for motion control, it is possible to build and verify prototypes of cars and virtual assembly lines. Thus, a series of tests related to the design and construction of automobiles is can be done previously, reducing costs and production time.

In agribusiness, the use of Virtual Reality glasses has been, curiously, tested to calm dairy cattle in confinement, through virtual simulations of pasture designed for animals, and to herd beef cattle with the aid of drones. Virtual environments with gamification — use of game development concepts to various contexts, especially business and marketing — are also being used to train professionals in a more playful and stimulating way.

In medicine, VR is used as much in the training of professionals, in virtual simulations of procedures, as in surgeries performed long-distance. In these procedures, doctors use virtual reality glasses and operate robotic arms in patients in different sites. Virtual reality glasses are also being used to create controlled environments for treatments of phobias and post-traumatic stress.

UX and perceptions of reality

With the current pandemic and the resulting physical and social distancing in professional relationships, Virtual Reality can function as a boost to UX (User Experience) in several ways.

In the discovery stages of the design process, we can conduct remote interviews in virtual rooms that allow controlled environments, visual support and interaction elements that mimic reality — and that are sometimes lost when meetings are done through simple videoconferencing platforms such as Zoom.

Diary Studies (reports created by users during the testing phase of a product) can gain a new layer of possibilities with the insertion of VR — both as a virtual environment of experiences and as a way to record user activities and subsequent experimentation of their day-to-day by the UI professional through VR.

At the ideation stage, collective meetings between UX team members can also be held remotely in a way closer to objective reality. There are apps that simulate virtual rooms in which it is possible to gather teams remotely with VR glasses and perform activities such as filling virtual streams and canvas on a board hanging on a virtual wall in a collective way.

More than representing reality, this type of virtual environment can enable interactions that would not be possible in reality objective, such as the creation and manipulation of prototypes in 3D, as if they were actually in front of you.

Thus, new prototypes and digital products can escape the current visual limitation of flat screens with audio support for completely immersive interfaces, which cover the full field of view of the user, associated with other types of support for the other senses — such as hearing, movement, touch and (why not?) smell and taste.

However, it is important to consider that virtual and objective realities are complementary and — as much as we can explore more and more our imagination and experimentation in virtual environments — objective reality will always be the most human form of experience, the great stage of human interaction. In the combination between the two stages of perception lies an inspiring scenario, which further expands the multitude of possible experiences and interactions at a time full of endless new opportunities for Designers like me and users like all of us. 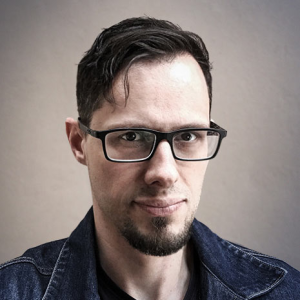