The most well-known iteration of industrial robots are robotic arms. This type of equipment may be used to handle, weld and pack parts or do other tasks that would normally be done by humans. However, in industry, there has always been a need to transport cargo from one point to another inside factories. Mobile robots are an answer to this need. They help improve distribution in assembly lines and warehouses.

AGVs, or Automated Guided Vehicles, are the most common type of mobile robots. They have been present in factories for over 50 years. Their advantages are that AGVs are simple and easy to maintain. Typically, they have a set of electric motors to control the wheels, obstruction sensors, battery bank and a line follower.

The AGV is a robot that follows a specific path. It is like a train that follows the railway from one station to the next carrying loads. In their case, an AGV uses optical or magnetic sensors to follow lines marked on the floor with adhesive tapes.

Thus, programming AGVs follows a simple algorithm: follow the line to the stops for loading and unloading and stop in case of obstacles. This simplicity also implies the need for an operator to recharge or change the AGV’s batteries when necessary.

However, just like a train, an AGV has little maneuverability to make detours. Because they are autonomous — that is, they do not have a human driver, like a train — AGVs need sensors to detect and react to an obstruction.

In case of obstacles, the only action is to stop and wait for them to be removed, which may mean human intervention. This means that the distribution flow is disrupted, causing losses in production time and productivity.

To implement AGV lines in a factory, it is necessary to do a preliminary study, to help determine the best routes through which the robots will travel. This is easier in new factories, in which distribution lines are part of the project.

In pre-existing plants, production lines and warehouses must be adapted to receive AGV routes, which usually means renovations. Routes may require changes to the factory layout, such as moving machines to open paths. Once routes are implemented, any future changes can become costly, with further redesigns and switching of machinery positions and allocation of workers.

The prior demarcation of the routes also makes it so that few AGVs can circulate on each route. In the case of a single route, AGVs must form a line, since they cannot overtake one another. In cases of an obstacle, the whole queue stops. It is also impossible for an AGV to turn around and return, it can only move forward on its route.

Increasing the number of routes means increasing the area of distribution corridors, taking up more space and increasing costs. This favors the use of large robots, in smaller numbers and with greater loading capacity, sacrificing the flexibility of the equipment and its applications.

With the evolution of technology, there has also been an update of mobile robots: AMRs, Autonomous Mobile Robots. They inherit the same functions as AGVs, ­of taking cargo from one point to another in factories, but they do so in a smarter, more accurate way.

The most notable evolution is that AMRs have greater sensing capacity. While an AGV has only simple obstruction sensors, AMRs have vision capability (through cameras) and are capable of measuring distances.

With these technologies, distribution routes are also no longer fixed and marked on the ground they became digitized maps of the factory. The robot becomes actually autonomous, able to calculate the best route for distribution, gaining greater maneuverability. With its sensors, it can detect obstacles and deviate from them, continuing its path without delays in production.

The inclusion of AMRs in industry is easier, since the robot adapts itself to the layout of the factory and not the other way around, as is the case with AGVs. The necessary renovations and adaptations in a pre-existing factory to receive the AMRs are few or none.

Since the robot knows its position and has the factory map, it only needs to be programmed with the loading and unloading stop points — the robot itself can calculate the route between these points or it can have several routes programmed as alternatives. Thus, changes in loading and unloading stop points no longer require the work of physically marking the new routes.

Since there are no more physically marked routes, AMRs can move freely around factories in larger quantities. AMRs can be collaborative, talking with the plant management system or to each other to exchange information.

They don’t have to do the same task all the time. An operator or stocks manager can, through the factory management system, ask for the nearest robot and give it a new task dynamically, when necessary, provided it is available.

The process of recharging batteries is also automated. The robot can go directly to a charging station when its battery is low.

Following the new paradigms of Industry 4.0, all robots are also IoT (Internet of Things) devices — that is, they make up a network of sensors and objects that perform tasks in an automated way and collect information — and constantly feed the production management system with data from their tasks. Thus, a database is created to help predict and implement actions that improve the performance of the production process.

Going a little beyond the concept of a large or medium cargo robot — and depending on the type of manufacturing process —, it is possible to opt for smaller robots in larger quantities. In this model, it possible to apply the concept of Swarm Robotics, in which each robot is part of a larger system and a collective behavior is implemented via ASI algorithms (Artificial Swarm Intelligence).

As disadvantages, AMRs are more complex and expensive than AGVs. Their programming and initial configurations need greater care, requiring technicians with specific training for correct maintenance. As with any new technology, care must be taken in its implementation to obtain a good return on investment.

With the advancement of processing power and ever-lowering computing system costs, AMRs are becoming cheaper and offering a better option to traditional AGVs. According to Gartner, the demand for AMRs is growing considerably and many companies plan to replace conventional AGVs in the near future.

The simplicity and ease of maintenance of AGVs no longer provide competitive differential to mitigate the disadvantages of needing plant retrofits and renovations to accommodate them. Adaptations and changes that are almost not necessary in the implementation of a system with AMRs. The flexibility of AMRs also weighs on the decision, as AGVs need more time for modifications and at a higher cost to accommodate changes.

Thus, AMR presents itself as a very interesting option, both for new industries and for factories that already use AGVs. They bring new technologies to transportation inside factories, enabling new ways of working, with smarter robots, able to read the environment and make decisions to improve the functioning of most industries.

Introduction Since 2008, Google has been sharing news and releases related to its systems and tools through a series of talks known as Google I/O.
Leia mais »
November 9, 2021 No Comments 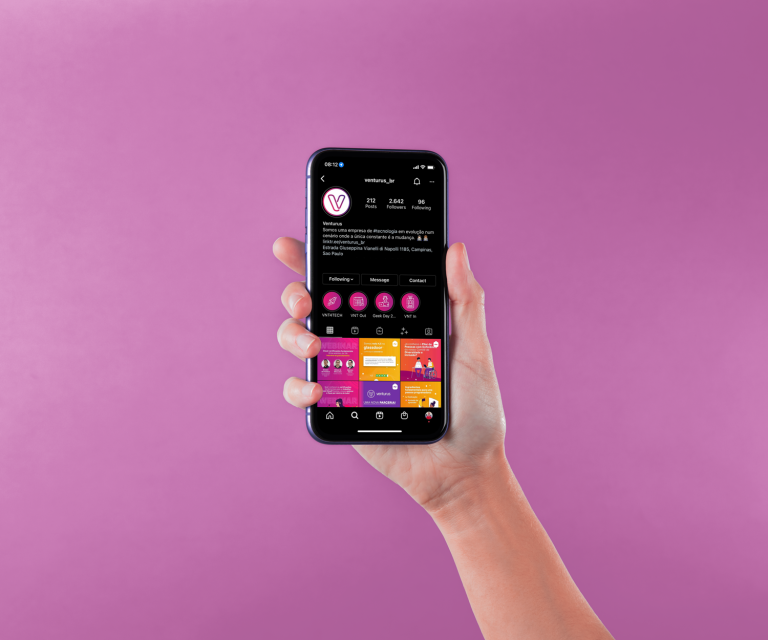