How can Blockchain can put an end to fake resumes?

The resume — whether virtual, on job portals, whether printed, taken personally by the candidate for the interview — is the first contact of the candidate with the person who can leverage his professional life from a hiring. It brings the complete school and professional life of the applicant and it is up to the writer to emphasize one or another point that is more interesting, that has more appeal at the time of the hiring decision.

With this, it is very common to see emphasis on courses abroad, in renowned universities in the country, postgraduates, fluent English, among so many other information that favor the candidate at the time of hiring.

For example, on April 8, 2019, Abraham Weintraub was appointed Minister of Education and announced, by the president of the Republic, as, “Doctor” in economics, although he had only a master’s degree in administration (). Announcements aside, there are other cases of increased titling in political positions.

A very notorious case is that of former President Dilma Roussef, who, in her lattes curriculum, reported master’s and doctoral degrees at UNICAMP, and, in reality, she did not hold the titles, because she had not been able to finalize the preparation and defense of the dissertation or thesis. Another example is Aloísio Mercadante who, in debate on TV Gazeta in 2006, said to be master and Doctor in economics, but, in fact, he would only become doctor in 2010, after the defense of his thesis.

Examples like these show that even public people, who will have the information released verified by the press, still “lack with the truth” in their resumes.

A very interesting technology that can for an end to fake curricula and problems in student documentation is Blockchain. It functions as a ledger, in which records or transactions are stored in an immutable and decentralized manner.

Each block of the chain is interconnected sequentially and chronologically with its predecessor. For more details on how Blockchain works, read the article “What Is Blockchain?”.

There is a lot of academic information about a student: frequency of attendance in classes, content of the subjects taught, grades of papers and tests, for example. This information is usually documented in physical media, through reports signed by teachers or recorded in academic systems.

However, these systems can be hacked, generating inconsistencies in a student’s school history. With the use of Blockchain, any and all academic information could be recorded in a transaction in the “blockchain chain”. This action could be done by the teacher, with the use of a digital signature, ensuring the security and integrity of the information.

Since all this academic record is immutable, it makes perfect sense to store it on the Blockchain. This also allows the traceability of the information, since in every block of the chain it is recorded who effected the transaction and when. Each block, in this way, would store the entire school life of the student and this current would grow as he goes to study and complete the subjects.

Thus, at the end of the course, the student’s school history is completely securely documented. Educational institutions could then issue diplomas and digital certificates of students, containing their academic records. This would be of great value to companies and recruiters who are looking for candidates, as it would be possible to verify that the information provided in the resumes is really true.

That is, the information provided in a curriculum will only be true if the institution in question can issue the digital certification of such training. The candidate himself could share this certification with the companies in a secure way, through access tokens. This would ensure the security and validity of the shared information.

In addition, the generation of the certificate of completion of course or diploma in a digital way would be very fast, if compared to the traditional model of printing with the signature of professors and rectors of universities. 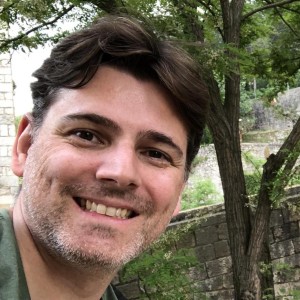 How to apply Computer Vision in industry

Applying Computer Vision in the industry can be the guarantee of more assertive and optimized results. It is one of the areas of Artificial Intelligence
Leia mais »
May 17, 2022 No Comments

In this post, you will get to know MPEM (Monitoramento Preditivo de Equipamentos Médicos — Medical Equipment Predictive Monitoring), a Canon Medical System of Brazil’s
Leia mais »
May 3, 2022 No Comments

Prototypes: what they are and how to use them

Prototypes are versions of concepts created so they can be teste, meaning that the ideas for products can be verified. The prototyping process can reduce
Leia mais »
April 19, 2022 No Comments