The term Industry 4.0, although it has already become popular, still brings a lot of doubt. Most people link the concept to highly technological factories and industries, in which virtually every process is autonomous — and therefore often believe that Industry 4.0 is still a very distant reality.

However, there are few who actually know how to explain what is missing to adapt a factory to molds 4.0. And to make matters worse, they have no idea of the cost or impact this modification can have on the production process.

Here, I intend to demystify the subject a little and show options for how to start the process. For this, it is first necessary to understand what, effectively, is Industry 4.0:

How Industry 4.0 came about

The name Industry 4.0 refers to the Fourth Industrial Revolution. Each industrial revolution is marked by changes that were responsible for the significant increase in productive capacity.

The first industrial revolution took place from the end of the eighteenth century, primarily in the textile industry, in England. Its main characteristic was the use of steam-powered mechanisms to assist the production process.

The second revolution began in the second half of the XIX century, initially in the United States, and then spread throughout Europe. It had as a predominant factor the replacement of steam machinery by electric, affecting mainly the metallurgy sector.

The third revolution, in turn, took place from the 1970s, having as a reference country Japan. It started mainly from process automation, using CNC systems (Computer Numerical Control) and other autonomous systems.

The Fourth Industrial Revolution, called 4.0, begins in 2010, when Germany decides to draw up a plan for its socio-economic growth over the decade. This plan aims to guide the country’s evolution in the areas identified as of strategic interest to Germany in order to become a global reference country.

From this, in 2013, the “Industrie 4.0 Working Group”is formed. In its final report, the group creates the concept of CPS (Cyber-Physical System), which becomes the fundamental concept behind the entire 4.0 proposal.

Basically, CPS consists of a system that goes on to incorporate equipment, inventories and production in a global network, being able to exchange information between them, send commands and control each of these components independently.

The four main elements that need to exist to implement proposal 4.0 are defined: Smart Factory, Internet of Things (IoT or Internet of Things), Internet of Services (IoS or Internet of services) and Cyber-Physical System (CPS). They are presented in suggested order of implementation (from the simplest to the most complex), considering an industry already existing and that would like to enter the molds of 4.0.

A Smart Factory consists of facilities in which equipment and operators are assisted by supervisory systems. The system identifies the production flow, indicates how and where each item should follow, monitoring the entire production flow and generating the traceability of each item.

The term Smart Factory refers to the same concept used for smart equipment, that is, connected and able to interact. Its implementation does not necessarily require the replacement of all existing machinery with new, connected models. Much more important is the development of a system capable of monitoring your production process.

If the equipment available in production does not allow the system to monitor what is being processed, there are two options: change the equipment, if there are significant advantages to the change; or add the necessary sensing to the old equipment.

From this, it is possible to develop quick designs to install sensors capable of identifying the product, input consumption, production rating and any other appropriate metric. All this data is sent to the system that will manage the production.

All product flow information in the process is controlled by the system, generating traceability and any operator or equipment can consult such information directly from the system, either for simple monitoring of the process, identification of what needs to be done, or for verification that no productive step has been accidentally skipped.

Also known as remote sensing, IoT (Internet of Things) consists of a network of sensors that collect information from production and make it available to the CPS (which will be discussed further).

With the supervisory system installed, it becomes necessary to monitor what is in the factory. This monitoring can be both for inventory control of available inputs and finished product, as well as equipment.

In this second case, monitoring can be done both for production control — as described in the Smart Factory Process-and for monitoring the condition of the equipment, to assist in the maintenance process.

Once the data that is collected with the help of IoT devices is on the server, the system developed in the Smart Factory process starts to consult them whenever necessary. Thus, it becomes possible, for example, to organize production orders according to the availability of raw material, as well as to develop systems to identify and/or separate, in stock, the items necessary to meet the selected production order.

IoS (Internet of Services) consists of a system to automate the service offering process. A sales system (via the internet) responsible for managing and generating, autonomously, orders for the production/distribution line.

This element does not apply to all industry segments. However, when applicable, he becomes responsible for managing the entry and exit of orders in the factory.

In distribution systems, for example, it can be used to check what is in stock and generate estimates of delivery times. For factories, you can manage what is ordered, check what is available in stock, check the company’s assumptions regarding the volume of inventory for each item, and generate the sequence of production orders as well as purchase orders to replenish necessary inventory.

In this system, it is also possible to develop a learning system (Machine Learning) that is able to monitor production, purchase and time data. This system enables autonomous inventory management, based, for example, on stochastic control systems.

In this case, a modeling of the system is made that will use statistical approaches from the company’s data to adjust the purchase and storage volumes, aimed at optimizing spaces and costs.

However, to apply such an approach, it is necessary that the acquisition system be installed in advance, generating a volume of significant data for the created model to be validated.

The CPS (Cyber-Physical System or physical-cybernetic system) consists of the system that links and manages all the systems of the factory, in addition to being responsible for any decision-making.

This system, in fact, ends up being developed in parallel with all the others. He will be responsible for integrating all the processes of the factory: analyzing the production process from the implementation of the Smart Factory; managing the inventory, equipment and all data obtained via IoT; and monitoring the input and output demands via IoS.

To be able to fully monitor the production process, it is necessary that the CPS be able to be integrated into the supervisory systems already in place at the factory — unless one wishes to develop a single system that controls everything, which is most often not the case.

In this way, the CPS is able to consult available items stored in the stock via WMS (Warehouse Management System) or verify that the operator who will use certain equipment has been properly trained for this, via SAP or SharePoint, for example.

Finally, since the entire process is available to the CPS, it is possible that it will generate reports with KPIs (Key Performance Indicator) in real time, facilitating the decision – making process-both by managers and by the system itself.

As initially said, making a factory fully compatible with the 4.0 concept is something extremely laborious. This type of process often requires a significant investment and a long time for implementation.

However, the adaptation can be done gradually, with the factory only partially transformed at the beginning. This option is significantly faster and requires less investment, allowing the return generated by the implemented process improvements to financially justify the next steps in the process.

The sequence described above is usually the most indicated. However, depending on the level of automation, modernity and management of the factory and already existing systems, some steps are likely to change. In some cases, it may even be possible to partially implement some of the steps described in specific production locations to correct point deviations.

The important thing is to understand that the new revolution has arrived and that it will be necessary to make changes in the industries so that they remain competitive and deliver quality products. Each industry will have its need and a more suitable solution, but one must be aware of the news of the manufacturing sector. 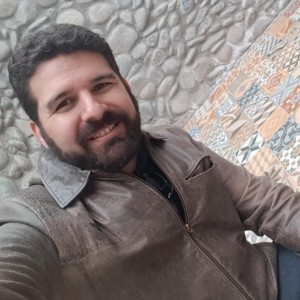