Connectivity in the field | Venturus

Connectivity in the field: challenges and alternatives

With the advent of Internet Technology of Things (IoT), connected devices are inserted in the most varied contexts of our life, from health to fitness, home automation, automotive and logistics. Of course that IoT, automation, artificial intelligence and connected devices would also find their application in agriculture.

The great challenge of agribusiness is to make use of the new technologies available in machinery and equipment available to facilitate and assist in agribusiness decision making. For this to work effectively, the rural environment must be connected or have viable alternatives to the connection.

Although we are talking about IoT (Internet of Things), there are still cases (and not a few) where the data network is not yet available in the desired location or the cost of implementation is still too expensive for the interconnection project.

In these cases, unconnected sensors can be used. From time to time, the information connected to the sensors is stored and data transfer is done only when there is some kind of connection, or the stored data is transported to some connected environment.

Not the focus of the options, however, is still one of the alternatives.

It is the mobile network and data that everyone knows. In an IoT solution, the direct connection of “things” (without using a gateway) to distances greater than 300m (Wide Area) is done largely using mobile networks in their various technologies (GPRS / EDGE, 3G and 4G).

These networks are designed for communication between people and have a connection cost and battery consumption that limit the viability of their use in connecting “things” with lower added value.

That is, the existing mobile networks can be used, however they have the limitation of the places covered by the existing structure besides the problems mentioned above.

Sigfox technology belongs to a French company of the same name, founded in 2009 with the aim of providing global connectivity to the Internet of Things (IoT).

Sigfox is deploying its network in Brazil through its WND partner. In September 2017 officially launched this network that serves about 100 municipalities and a population of 80 million people.

The SigFox network uses unlicensed frequencies (in Brazil: 902MHz), with low power consumption and a standardized price. The Sigfox network offers software-based communication, that is, the complexity of the data is managed in the cloud, without acting on the devices themselves.

SigFox’s business model follows the top-down line, where the company has all the technology, from back-end data and cloud servers to the final software. However the SigFox model leaves the code open for the final mechanisms. SigFox makes its end-user technology available to any manufacturer or vendor as long as the terms of the agreement are defined. It understands that keeping the cost down for end-to-end applications is the way to bring users to the SigFox network.

LoRa is an acronym for “Long Range” and is a wireless technology where a low-power mechanism transmits small data packets (0.3 to 5.5 kbps) to a receiver that is at a great distance. It uses “gateways” that have the ability to handle hundreds of equipment at the same time, acting as a hub.

A LoRa gateway consists of 2 parts:

– A radio module with antenna

– A microprocessor to process the data

A gateway has its own battery and is connected to the Internet. This gateway can listen to multi-frequency signals simultaneously. If the need for the project is to have a low dependence on providers and that it has a good reach, but does not depend on a volume of relevant information, for example sending the temperature information of 200 devices every 15 minutes, it is worth it invest in LoRa technology. Note: LoRa devices only communicate with LoRa devices.

The LoRa technology started with a more open architecture model than SigFox, with the possibility of having both public and private LPWA networks. Companies can create their own networks for their end-devices or use third-party networks. You can download specifications and join LoRa Alliance, and any hardware or gateway manufacturer can build a module or gateway that follows LoRa specifications. The footprint is that the only company that produces the radio for LoRa is Semtech (founder of technology). In this way, although the ecosystem is open, it has a closed element.

NB-IoT is a variant of LTE (4G) that is being specified to serve LPWA applications using licensed frequencies. It uses some of the same frequencies already used by the 4G network, allowing some stations to be up-to-date and share the infrastructure. The company that develops the sensors uses an NB-IoT module and connects to the compatible mobile network, in which case there is no need to buy gateways, but rather the need for some kind of subscription to a service of operators offering the service. Facilitates the process of connecting devices, however in the rural environment, brings the limiting factor already existing in telephony coverage.

NB-IoT technology is designed to work with devices that have some limitations (such as processing power, battery life). Usually designed to be used in places where there is no need for a large amount of data or low latency transport demand (many agricultural applications fit in this case).

In comparison to the LTE-M network, the NB-IoT network is cheaper and responds better when connecting fixed devices, and is indicated for applications less sensitive to delay, due to its higher latency, in addition to low cost and low power consumption. energy.

The operator Claro in Brazil announced the launch of NB-IoT networks by the end of 2019, using the 700 MHz spectrum and also part of the 1,8 GHz spectrum. The operator TIM is also working towards providing its NBIoT network, still this year.

LTE-M networks, similar to NB-IoT technology, use frequencies licensed by the telephone operators. Delivers better performance in applications that require mobility, such as tracking vehicles, animals or objects. The LTE-M network has a 100km range, transmission rate of the order of 1Mbps.

The real advantage of LTE-M networks is that this network is compatible with the existing LTE mobile network. Thus, operators already using the LTE network would not need to spend on building new antennas, just doing some software upgrade.

The operator Vivo announced the commercial launch of its NB-IoT and LTE-M networks for the corporate segment. At the beginning, only a few cities should receive these networks. The TIM operator is also working on NBIoT networks in some regions of Brazil.

Soon, 5G networks will be available in Brazil. The 5G network allows high data traffic speeds and low latency. This will allow IoT applications, even in the field, to allow much more efficient application use. However, it still depends on the speed at which these networks will be deployed and the regions covered by the network. While 5G is not available, some providers are opting to deploy a dedicated network to serve IoT applications, using the aforementioned LPWA-type networks.

The 5G networks, with their low latency characteristics, much higher data rates, robustness, greater sustainability and low energy consumption, will play a decisive role in the transformation of what we call Intelligent Agriculture and Precision Agriculture.

It is estimated that 5G networks allow for a 40x faster network than the 4G network.

The satellite internet solution is a reality. Although the price is higher and there is a data franchise, in some cases the use of satellite connection is one of the options.

Despite all the efforts being made to bring the internet/connectivity to the field, this is still one of the major problem of using digital technology in the field.

What will be the dominant technology for the field? This question is difficult to answer, but goes according to each project and each situation. The issues that can be raised to a better definition:

– What is the scope of the project and what its use case?

– How much data needs to be sent, at what speed, at what time and at what range?

– What is the situation in the local context? Are there various types of coverage available? Are there any other connection options?

– Will a hybrid technology solution be needed?

– Is there a reliable partner?

– How important is the battery life for your case?

– What is the impact of infrastructure cost, monthly service, device management?

These many issues need to be taken into account in defining how to connect the field. Undeniable that the path of Agriculture 4.0 and later phases, there are no more back and different solutions are being developed. The race for the connection of the field is started and it is still difficult to know what will be the way to be pursued. But solutions and alternatives are being created at great speed towards a fully connected world, including in the agricultural areas. 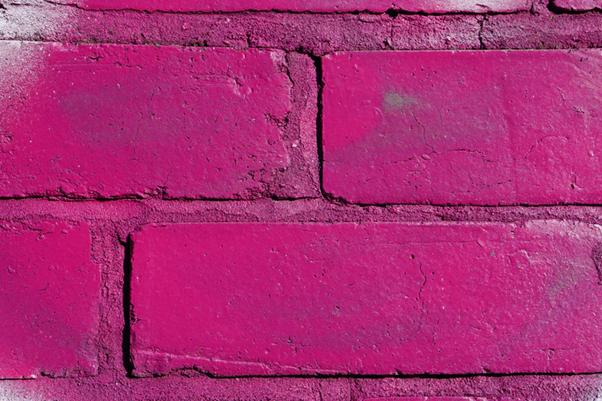